Googly Time Machine: Google Street View as a way to see the spread of invasive species

I was looking at the distribution of an invasive grass species in Florida called Neyraudia reynaudiana (Burma Reed grass) in EDDMaps when I became interested in whether I could view some of the specimens that were in roadside right-of-way by using Google Street View.
This species is a very tall (up to 5 meters) showy grass that looks superficially from a distance like Phragmites australis. It is a threat to the pine rockland communities in South Florida, creating monocultures that significantly increase fire frequency and occurrence (Fusco et al, 2019).
I used EDDMaps to find some clusters of this species next to the Navy Wells Pineland Preserve in Miami-Dade, and viewed the area using Google Street View. There did not seem to be anything at the exact coordinates listed in the report, but I moved around the place and suddenly found specimens close to the intersection of SW 192nd Ave and SW 352nd Street. 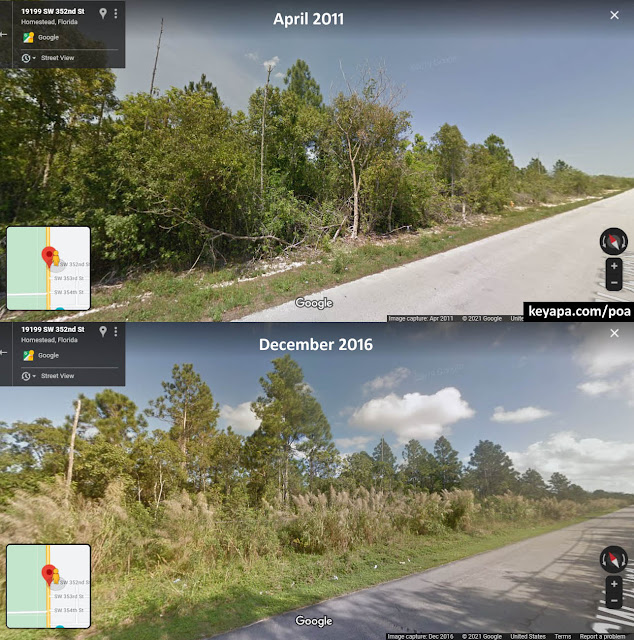 It seemed that the vegetation closer to the road had either died or been removed (whether due to the grass itself or to some other natural or artificial event), and in their place the invasive grass had taken over. Instead of a tangled web of trees and shrubbery, by 2016 many of the images showed a more open and airy scenery.

I placed the images side by side in order to compare them better, and I have to say that following the spread of invasive species using high level distribution maps is quite useful, but being able to view the past and see how the species spread on the ground gives the process an immediacy and drama that cannot be matched. 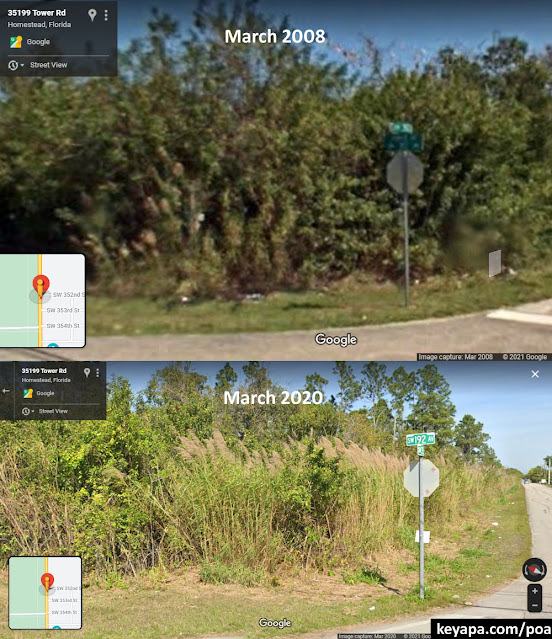