The Tree and the Reed: How Wind Affects Grasses

There are many versions of Aesop Fable's The Tree and The Reed, a tale which first appeared in Ancient Greece, and whose moral about pride and humility still resonates to this day. One of the versions goes thus:

A Giant Oak stood near a brook in which grew some slender Reeds. When the wind blew, the great Oak stood proudly upright with its hundred arms uplifted to the sky. But the Reeds bowed low in the wind and sang a sad and mournful song.

“You have reason to complain,” said the Oak. “The slightest breeze that ruffles the surface of the water makes you bow your heads, while I, the mighty Oak, stand upright and firm before the howling tempest.”

“Do not worry about us,” replied the Reeds. “The winds do not harm us. We bow before them and so we do not break. You, in all your pride and strength, have so far resisted their blows. But the end is coming.”

As the Reeds spoke a great hurricane rushed out of the north. The Oak stood proudly and fought against the storm, while the yielding Reeds bowed low. The wind redoubled in fury, and all at once the great tree fell, torn up by the roots, and lay among the pitying Reeds.

The reeds mentioned in these tales were probably a hodge-podge of riverside-living graminoids. The original and most likely species that answers to this name is Phragmites australis (Common Reed), but the term may also refer to other grasses, such as Phalaris arundinacea (Reed Canary Grass), Arundo donax, Neyraudia reynaudiana (Burma Reed), various species of Calamagrostis, as well as a few other assorted members of the Poales. All these plants are herbaceous, with thin leaves that seem to support the central idea of the fable about wind resistance, but the reality is actually more complex.

It is true that grasses are able to withstand gusts that would topple large trees, but they too can be negatively impacted by continuous strong winds, either due to shaking (seismorphogenic) or rubbing (thigmorphogenic) processes.

Some of the effects of wind include:

These effects increase with increasing wind speed, and older leaves are disproportionately affected.

In addition, studies of wind effects on wheat showed that there was significant reductions in grain yield when the grasses were exposed to strong continuous wind. There were less heads per sqm, less kernels per head, and each kernel weighed less than normal. All these negative effects show that Aesop's Fables was not exactly right when it marveled at the invincibility of reeds compared to the more arrogant trees during a storm.

As an aside, I love seeing grasses swaying and dancing in the wind, especially when they occur in large masses. This is why I decorate my home with lots of ornamental grasses; their movement gives a very attractive active component to the home compared to static bushes and trees. But now that I know the effect of wind on these plants, I'm more careful about wishing for the stronger and damaging winds. 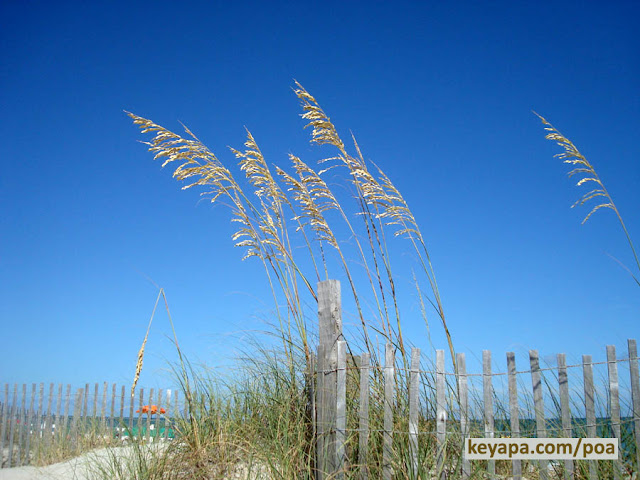 Russell, G., and J. Grace. 1978. The effect of wind on grasses. V. Leaf extension, diffusive conductance, and photosynthesis in the wind tunnel. Journal of Experimental Botany 29:1249-1258.