The Many Faces of the Inflorescence of Bahia Grass (Paspalum notatum) 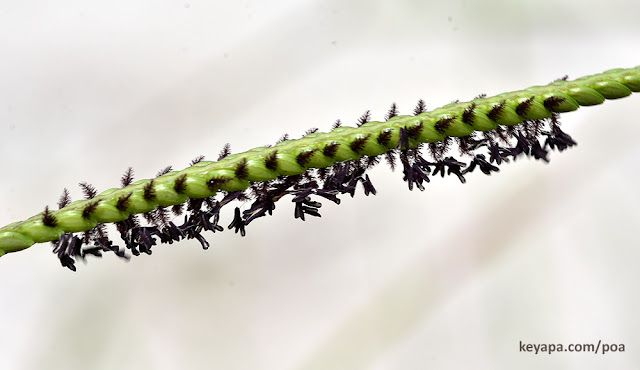 Paspalum notatum (aka Bahiagrass) is one of the species used as a perennial turfgrass here in the southeastern USA. It is also a forage grass, and is native to the southern parts of the American continent.
I was walking to the gym last week when I noticed that a lot of the wild grasses along the sides of homes under construction had the very distinctive inflorescence of this species rising up from the ground like little black penants. 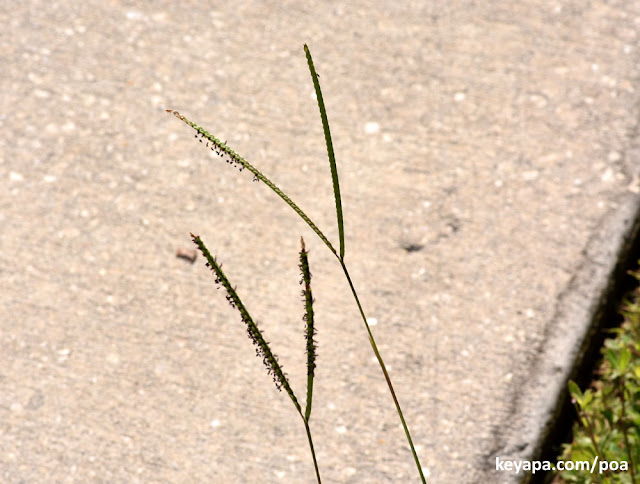 The two spike-like racemes of P. notatum bifurcate from a common point to form the rather attractive digitate flowerhead and seedhead. Each spikelet has two florets in it, one being fertile and the other sterile. 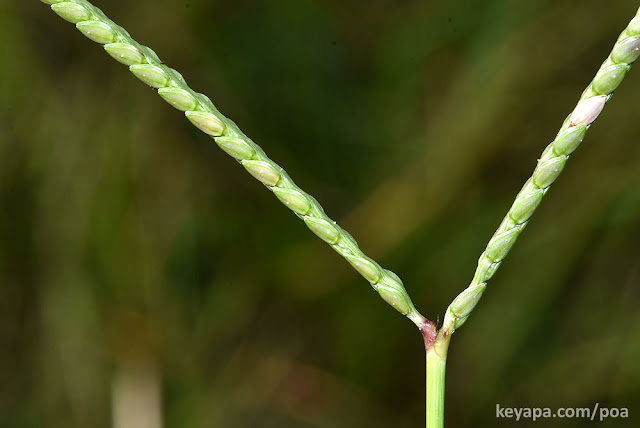 The immature flowerhead is all green it seems, and as it develops you start seeing the black purple anthers and feathery stigmas (looking like the usual purple caterpillars) coming out of the spikelets. 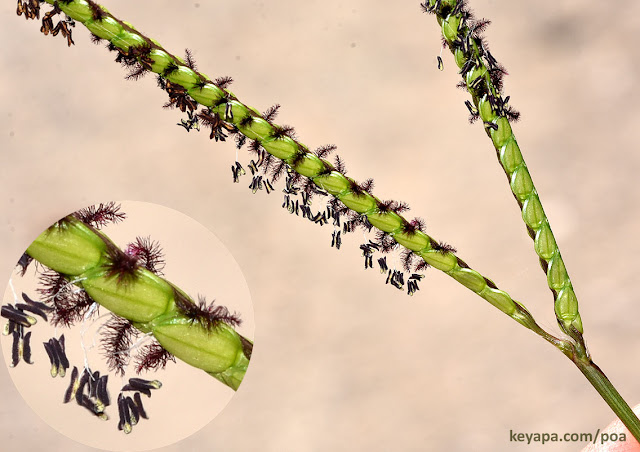 P. notatum reproduction depends on the ploidy level of the individual plant. Those that are tetraploid (four sets of each chromosome)  are normally apomictic, with unfertilized but viable seeds being produced, while those that are diploid (two sets of chromosomes) are wind-pollinated and cross-pollinate. Seed production is high, and the species is highly successful in its distribution. 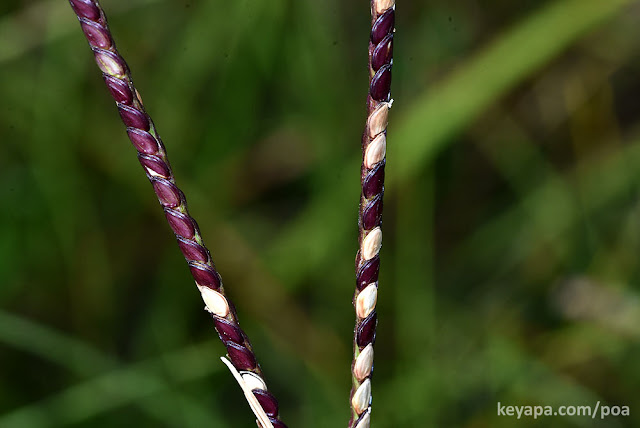 After fertilization, the spikelets seem to become darker colored, and after awhile dry out as light brown seeds, which are ready to be dispersed. 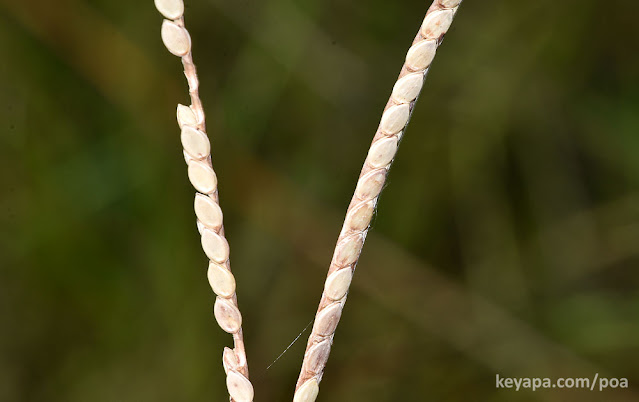 I must admit, I really like this grass. Its flowerheads are distinctive and cute, and as a turfgrass it does not look as coarse and rough as Stenotaphrum secundatum (St.Augustine Grass), which is the other type of grass in our community.

at August 04, 2022
Email ThisBlogThis!Share to TwitterShare to FacebookShare to Pinterest
Labels: Macrophotography, Paspalum