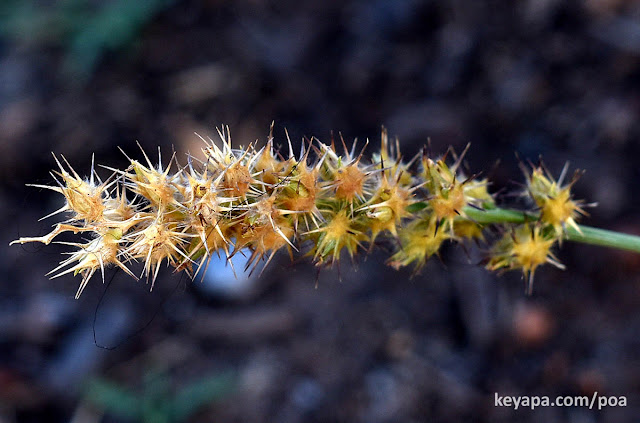 I was observing some of the grasses in Sandy Hook Beach, NJ last week, when I chanced upon some weird looking seedheads in the sand. They looked like round pods, but with sharp thorn-like protrusions decorating the surface.

I had briefly encountered this species before, but now I took some time to photograph it. Unfortunately, I did not have my macro lens with me, but the structures were large enough that I could get good enough pics.

Cenchrus longispinus is an annual whose spikelets are enclosed in tough, spiny burrs. These burrs can float, and dispersal by water is one way the grass spreads its seeds. The barbs that sprout out from the shell also aid in dispersal, as they can latch onto passing animals or the clothes and shoes of people. Unfortunately, the sharp spines are also quite capable of piercing human skin, and I can only imagine what it would be like to be walking on a sandy beach and suddenly step on a bunch of these well-protected propagules.

Indeed, a quick read of some of the articles on this grass will tell you just how much people loathe it. The word "evil" in particular is used a lot when describing sandburs, which is rather undeserved given that the definition of the term is that it is "profoundly immoral and wicked". In my opinion, this is something which should never be ascribed to animals or plants that are simply doing what they do to survive. There is likely no conscious desire on the grass to hurt people, or even to inconvenience or bother anyone. To it, we are simply nothing more than transportation for its progeny, and it neither wishes us harm nor well-being ;-) 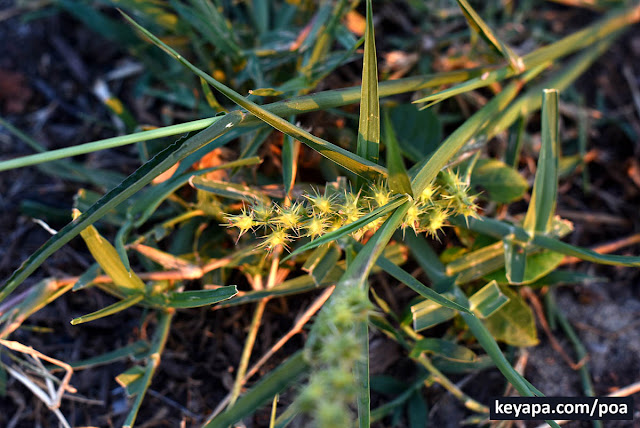 at July 26, 2022
Email ThisBlogThis!Share to TwitterShare to FacebookShare to Pinterest
Labels: Cenchrus